Water clarity is key to the health and restoration of marine plants and animals worldwide, particularly in shallow coastal systems such as the Chesapeake Bay. But it turns out that measuring water clarity isn’t as clear-cut as it might appear.

Research at William & Mary’s Virginia Institute of Marine Science led by Jessie Turner Ph.D. ’21 reveals that the “clarity” of a water parcel depends on the method used to measure it, and that different research questions and management decisions merit different clarity-measuring tools and techniques. Turner and her co-authors, Kelsey Fall Ph.D. ’20 and Carl Friedrichs, lay out their recommendations in a recent article in “Limnology and Oceanography Letters.”

“In coastal and inland waters,” says Turner, “the methods we use to gauge water clarity can misrepresent the underwater light climate used to determine restoration goals, such as the potential habitat available for underwater grasses. It’s thus really important to choose the most appropriate measurement method, and to clearly communicate the method used. Not all water-clarity metrics are created equal.”

Underwater grasses serve many key ecological functions and are among the most closely monitored habitats in the bay. They provide food and shelter for numerous marine species, help oxygenate the water, and can mitigate global warming by removing carbon dioxide from the air. To do so, they need clear water for photosynthesis and growth. Their dependence on clear water makes them a “canary in the coal mine” for water clarity in shallow coastal systems.

Turner is currently a postdoctoral research associate at the University of Connecticut. Fall is now at the U.S. Army Engineer Research and Development Center in Vicksburg, Mississippi. Friedrichs is Glucksman Professor in William & Mary’s School of Marine Science at VIMS and associate director of the Chesapeake Bay National Estuarine Research Reserve in Virginia.

To explain the complexities of water clarity and its measurement, Turner turns to an analogy with beer — another liquid whose “clarity” is of widespread interest. Ironically, the scientific principle used to define the clarity of beer and other liquids is known as Beer’s Law (ironic as the principle was first applied to wine, not beer, and doubly so as the law is named after German chemist August Beer, not the hoppy beverage).

“Beer’s Law tells us that how much light gets through a liquid depends on the concentration of stuff in the liquid and the distance over which you’re measuring,” says Turner.

“In beer,” she says, “it’s either particles like yeast and hops, or dissolved things like sugar or tannins from the brewing process. In Chesapeake Bay, the ‘stuff’ can be particles such as tiny pieces of dirt and microscopic plants, or dissolved organic matter and other solutes.”

Dissolved organic matter is an earthy tea steeped from leaf litter, crop residue, soil and other carbon-based materials from the bay and its watershed.

“When light hits water or beer it can either get scattered, or it can get absorbed,” says Turner. “Particles scatter light, dissolved substances absorb light.”

The relative abundances of particulate and dissolved materials combine to produce different light environments. In areas of Chesapeake Bay with high levels of both light-scattering particles and light-absorbing solutes, the water is dark like a stout. In areas with lots of light-scattering particles but few light-absorbing solutes, the water is cloudy yet bright, like a hazy ale. Areas with few particles or solutes are clearest, like a cider.

These differences have important ramifications when considered in light of the multiple tools and techniques scientists use to measure water clarity.

Two common optical tools are Secchi disks and light sensors. Scientists also directly measure the concentration of suspended particles, dissolved materials and chlorophyll (the pigment that plants and plankton use to capture sunlight for photosynthesis).

“A Secchi disc is a simple black-and-white disc that you lower horizontally through the water,” explains Turner. “The depth at which it disappears from view is known as the Secchi depth.” This cheap, easy-to-deploy, and long-used tool measures water transparency and the depth of object visibility.

Light sensors measure the loss or attenuation of sunlight as it penetrates deeper into the water, with a focus on the wavelengths plants use for photosynthesis. Recorded values are compared to those collected by a surface sensor to account for differences in incoming light due to clouds and time of day.

Though advances in electronics and materials have reduced the cost and increased the use of light sensors, Secchi discs remain the everyday workhorse of many water-clarity studies, both by professional researchers and a growing cadre of community scientists.

Problems arise, according to Turner and her co-authors, when practitioners apply a traditional one-size-fits-all equation to estimate light attenuation from Secchi depth values. That’s because the relationship between these two metrics can vary greatly depending on the local light climate — whether an underwater study site is dark like a stout, bright yet cloudy like an ale, or clear like a cider.

“The relationship between these two metrics can vary widely between and within estuaries and other aquatic environments based on latitude, hydrology, and climate,” says Turner. “Using a single conversion factor to estimate light attenuation based on Secchi depth can thus either under- or overestimate the underwater light climate.”

For example, in the turbid waters of the York River, a major Chesapeake Bay tributary, use of the traditional conversion factor would underestimate the light available for seagrasses, and thus short-sell potential restorations targets.

To counter this and related difficulties, Turner and colleagues recommend several changes in how water clarity is measured and reported. Most important is to clearly communicate the method used — whether a Secchi depth from a Secchi disk, light attenuation or another method.

For studies related to underwater grasses and other light-loving organisms, the authors advise colleagues to collect light-attenuation values directly.

“Measures of light attenuation with depth are most relevant for most research in aquatic ecosystems,” says Turner. “They are well-suited to research involving underwater grasses, kelp, and corals, as these and other similar organisms are adapted to harvest downwelling light.”

The authors recommend use of a separate, “scalar” measure of light attenuation when studying phytoplankton, which as floating organisms can harvest light from all directions, both downwelling and scattered from the side and below.

If cost concerns or other factors encourage use of Secchi discs, the authors advise researchers to forgo use of the traditional one-size-fits-all equation, recommending instead they calibrate the Secchi-depth to light-attenuation formula using localized measures.

“The equation needs to be locally calibrated because the characteristics of the water’s dissolved and particulate matter vary greatly, sometimes over very short distances,” says Turner. “These characteristics can also vary seasonally.”

Because Secchi depth values measure visibility and transparency, the authors say their direct application is most appropriate for studies of fish and other visual predators. They note they are also of value in a human context, in areas such as in-water recreation and the value of coastal property and viewscapes.

Whatever methods a research team might use, the authors urge them to select the most useful metric or metrics according to the specific research question or management goal.

“When relevant to the goal,” says Turner, “even the simplest water clarity measurements are valuable for environmental monitoring and restoration, whether collected by scientific sampling programs, non-profit organizations, or community scientists.” 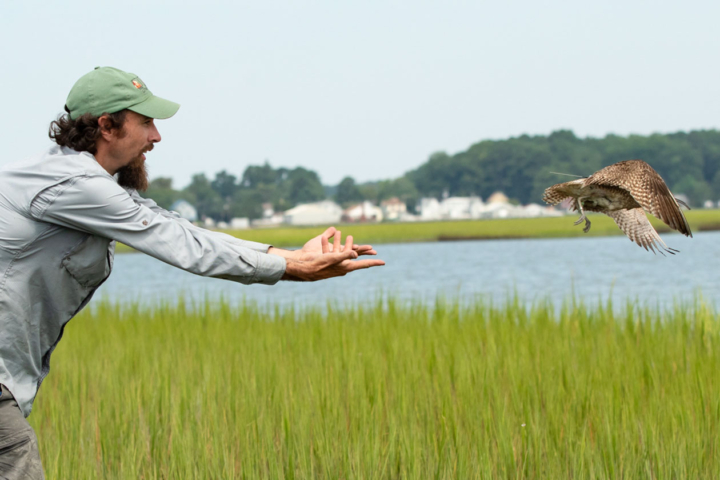 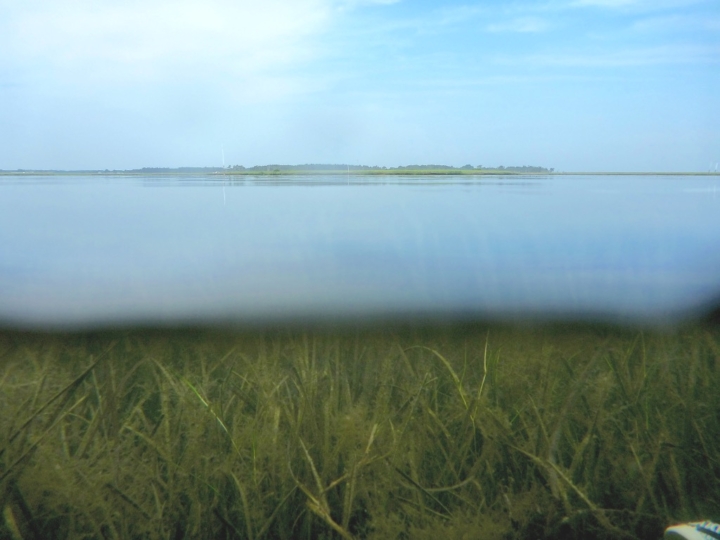