The Crim Dell jellyfish are back in bloom for the second year in a row, much to the surprise and delight of Jon Allen and his students.

“Historically, the jellies were on a six- or seven-year bloom cycle,” he said. “Last year was such a spectacular year for them, that I sort of assumed that this year we wouldn’t see very many. I even had a student out looking for them.”

The Allen lab has begun to keep a methodical eye on the Crim Dell pond, looking for medusæ, as the pulsating adult forms of Craspedacusta are known. Monroe Scholar Abby Hazelgrove ’24 spent much of the summer towing a plankton net from a kayak that the lab purchased with an award from Green Fees administered by the Committee on Sustainability.

“She was sampling Crim Dell all summer looking for jellyfish and didn’t find any all through up to the middle of August, when she stopped looking,” Allen said. “So sometime between the middle of August and now they, bloomed. And really just in the last couple days, they’ve shown up in numbers and at sizes that we can see.”

William & Mary’s Crim Dell, with its iconic arched bridge, is one of the most picturesque locations on a scenic campus. It holds a significant place in institutional legend and lore. Graduating students process across the bridge each year for commencement. Tradition maintains a couple that kisses atop the Crim Dell bridge is destined for marriage.

But Crim Dell is more than just a place for photo ops and proposals. It’s also a convenient venue for research. Ecology students trap and study the six species of turtle that make the Crim Dell pond their home. In 2009, a freshman lab discovered a previously unknown variety of bacteriophage, which they named CrimD.

Allen, an associate professor in William & Mary’s Department of Biology, explained that the Craspedacusta are always living in the pond. Most of the time they stay in their polyp stage, growing to maybe a quarter of an inch and living their lives down in the muck with other invertebrates and CrimD.

“The polyps reproduce asexually. And they have to be super robust,” he said, even surviving the 2018 draining and dredging of the pond.

In some years, the polyps morph into the medusæ — the familiar tentacled jellyfish. Allen explained that medusæ are the adult stage, and reproduce sexually.

“The medusæ release sperm and eggs that eventually yield a microscopic larval stage that swims around and then settles on to leaves or sticks or rocks,” Allen said. “And then those basically turn into a polyp. It looks like a little sea anemone or the hydra most of us found in ponds in grade school. Polyps can kind of crawl around, but they don’t move too much.”

Allen’s lab is trying to find out more about the Craspedacusta and, especially the effect a jelly bloom might have on the Crim Dell ecosystem. He found an old publication citing the 1949 presence of the jellies in nearby Lake Matoaka, but no medusæ or polyps have been found in Matoaka in recent years.

He added that Craspedacusta sowerbii are native to China, but have spread widely, the larvæ or polyps likely hitchhiking on the legs of migrant waterfowl. A graduate student in western Canada has studied various populations of Craspedacusta, comparing British Columbian and Chilean jellies with the Crim Dell samples that Allen supplied.

“So we know now that the Crim jellies are pretty identical genetically to the populations up in British Columbia and also in Chile,” he said. “So there’re these other animals that are really distant, geographically, but genetically very, very similar.”

Allen and his students have tried a number of methods to harvest polyps, collecting rocks they think might be hospitable to polyps and deploying settlement plates, “just little pieces of Plexiglas, really.

“Our hope was that we might catch some over the summer,” he said, but he added that the settlement plates disappeared after a week or so. Allen said the lab will continue to try to collect a good harvest of polyps.

“Because what we really want to do is get the polyps and then under lab conditions control temperature and salinity and everything else so we can see: What are the cues that get them to start producing the jellyfish?” he said. “Yeah, we have not succeeded at that, yet.”

Now that the medusae are present, Allen says the students in the Allen lab have three main goals for the semester:

“The Crim Dell makes an ideal natural laboratory for these sorts of studies — orders of magnitude larger than the biggest aquaria on campus, but small enough to survey in detail,” Allen said. “The next month will be the best chance to see these animals, as the blooms tend to quickly disappear when the weather cools in the fall.” 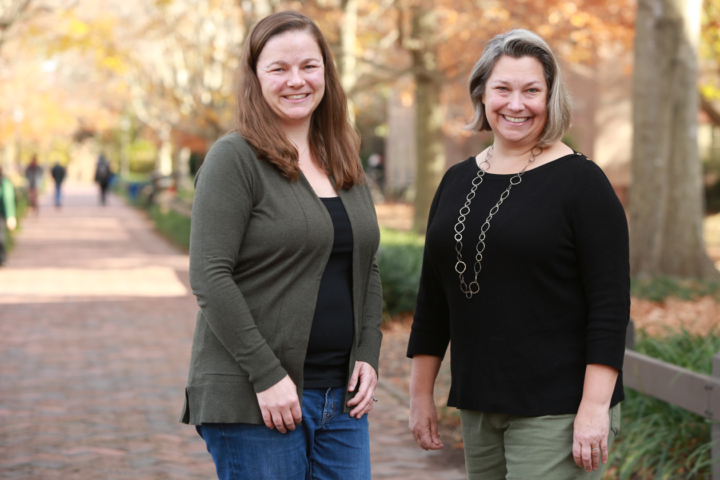 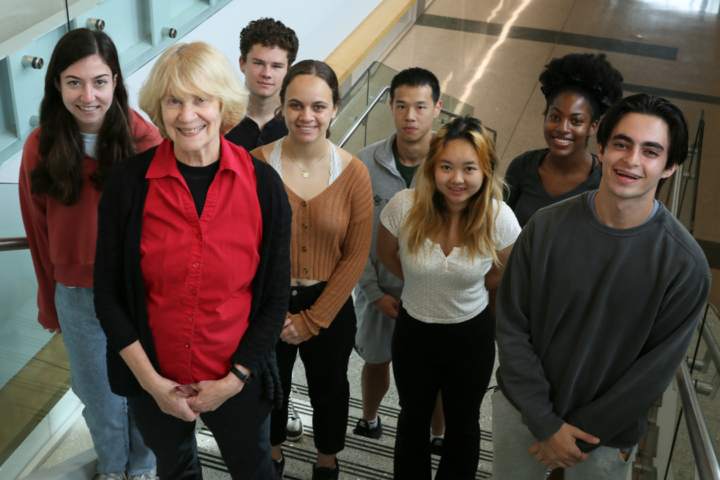