The focus of Nick Balascio’s research fits snugly in the nexus of geology, climate and anthropology.

He is an associate professor in William & Mary’s Department of Geology and one of the two university faculty members to receive Fulbright U.S. Scholar Program awards for the 2022-2023 academic year from the U.S. Department of State’s Bureau of Educational and Cultural Affairs.

This year’s other William & Mary Fulbright Scholar is the School of Education’s Tracy Cross, who will go to Dublin to study the psychosocial functioning of Irish gifted students.

Balascio will spend the 2022-2023 academic year working at the Bjerknes Centre for Climate Research at the University of Bergen. His wife, Sarah Balascio,  art therapist & adjunct lecturer in the McLeod Tyler Wellness Center, will join him, as will their two sons, ages 9 and 11.

“My wife has been to Norway a couple of times, but my kids have never been out of the country. It will be quite a contrast from living in Williamsburg,” he said. “Bergen is at a high latitude — close to the equivalent of Anchorage, Alaska.”

Balascio has experience working at high latitudes. He has studied the effects of melting glaciers on the climate-driving northern extension of the Gulf Stream known as the AMOC, or the Atlantic Meridional Overturning Circulation. He is a member of the Wandel Dal Project, an international initiative supported by the National Science Foundation that probes records of human habitation in northern Greenland.

And Balascio has done extensive work in Norway. His first work in the country came in 2007 when he was a Ph.D. student and he’s kept up with scientific contacts in Norway as well as pursuing a number of research projects.

“The projects mostly revolve around trying to understand climate change in the high latitudes,” he said. “More broadly, the work looks at environmental changes related to natural climate, as well as human migrations in high-latitude regions.”

Balascio’s chief investigative tool is taking sediment cores on or around lakes. He explained that a core taken from a lake bottom is essentially a “natural history book,” recording environmental changes around that lake over the past 100 to 3,000 years.

“There’s a lot of different physical and geochemical clues in those sediments,” Balascio said. “We can tease out information about the amount of input from glaciers, or rainfall changes and temperature changes. This is information that give us some perspective on what climate was like at a particular time.”

He added that lake cores also provide insight on the natural range of variability of climate as well as on other impacts on the environment resulting from human activity. Balascio said that a sediment core can tell a researcher a lot about human activity, ranging from the pursuits in recent post-industrial years on back to traces left by prehistoric humans.

Balascio will be continuing his sedimental coring analyses as he serves out his Fulbright, including collaboration with a specialist in ancient DNA at the University of Tromsø, which is the world’s most northern university. He’ll also be working on the cores from Greenland.

“All of those cores are going to be shipped to the lab at the University of Bergen this fall,” he said. “They have a lot of really sophisticated analytical tools there.”

In addition to his research and collaborations with Norwegian scientists, Balascio said he included in his Fulbright proposal a willingness to engage with Norway’s budding iEarth program. He noted that his home geology department at William & Mary is an undergraduate-only program and makes a point to involve undergraduates in research.

“My host, the chair of the Department of Earth Sciences over there has been involved in iEarth, this big undergraduate earth science program,” he said. “They’re really reassessing how they teach earth sciences, how they engage students, how they incorporate field work. So, there was some interest from there and to work with somebody from another country that has a strong undergraduate science curriculum.” 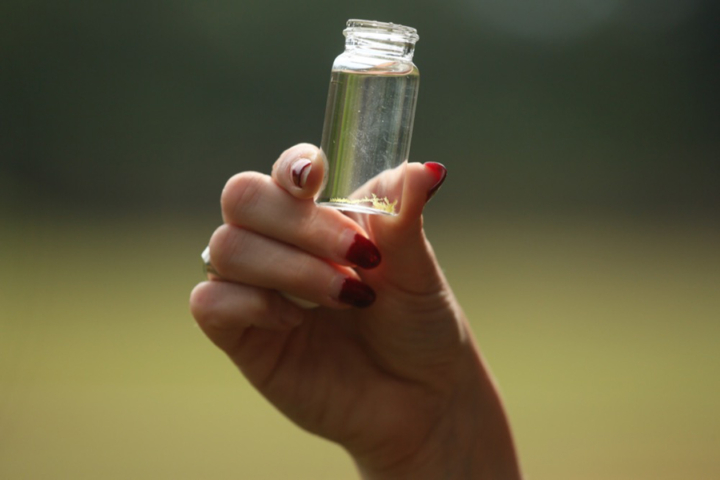