It was her third week at William & Mary, and Anna Mehlhorn thought she would attend a meeting of the Marine Science Society.

“And to my surprise, I was approached by a senior who was doing her honors research, and she was looking for assistance,” Mehlhorn said. “And so I started waking up at 6 a.m. as a freshman and driving over to VIMS to help her sift through all the little crustaceans that live in the seagrass of the Chesapeake Bay. I thought that was very exciting. That was my introduction to marine science.”

Mehlhorn kept up her marine science studies. She will graduate with the Class of 2022 with a major in biology and a minor in art & art history. She’s melded those two academic interests, keeping in the tradition of the naturalist-illustrators of the past.

She has been drawing for far longer than she’s been sifting little crustaceans. It started at least as far back as age four.

“When I would go out to dinner with my family, I would draw on the little cocktail napkins,” she said. “I’d draw little airplanes. And dinosaurs.”

The incorporation of her art talents into her marine science studies came amid the changes brought about by COVID-19.

“I couldn’t do research in the lab; nobody else could. So I wanted to find a way to still stay involved with the lab somehow,” Mehlhorn said. “And I thought that was the perfect time to bring in my artistic interests, and start doing some scientific illustrations for Dr. Jon Allen’s lab.”

Allen, an associate professor in William & Mary’s Department of Biology, leads a marine invertebrate ecology lab in the university’s Integrated Science Center. Mehlhorn said that Allen, as well as other W&M faculty, have been supportive of her efforts to combine art and biology.

Mehlhorn worked with Allen and other collaborators on a graphical illustration to accompany a grant application to the Integrative Research in Biology Program at the National Science Foundation. Allen said the grant is pending, but if the funding comes through, he intends to make a poster of the illustration to be hung in a place of honor in William & Mary’s Integrated Science Center.

“Anna has a special ability to understand complex scientific ideas and translate them into visual representations that are accessible to a lay audience,” Allen said. “Anna is tremendously gifted as an artist, but also has a unique ability to critically approach the science itself and then know how to take something abstract and make it real and tangible. I’ve not encountered a student as skilled at that in more than 12 years at William & Mary.“

Mehlhorn recently led watercolor painting and nature journaling sessions at Machicomoco State Park and at York River State Park, events co-sponsored by VIMS and the Chesapeake Bay National Estuarine Research Reserve. Mehlhorn noted that nature journaling, the on-the-spot composition of field or lab notes with relevant illustrations, has a venerable tradition. The ability to render accurate representations of specimens was practically a prerequisite for biologists of the past age.

“There were all these great naturalists of the past like Ernst Haeckel, who was a fantastic artist,” Mehlhorn said. “I know many of the drawings from his missions – the barnacle drawings especially – are still used today. It’s inspiring for me, and I’m glad that I get to be a part of that.”

Mehlhorn said she began to fully appreciate nature journaling and the connection between art and science at the Friday Harbor marine field station on San Juan Island, Washington. Allen and Matthias Leu, another associate professor in William & Mary’s Department of Biology, conduct summer and spring-break marine conservation ecology courses there.

“We were out in the field; that’s what we spent most of the class doing over spring break. And we were just noticing a

ll the interactions between invertebrates and the surroundings in the field,” she said. “ And my group noticed how the mussels, the blue mussels that lie on the rocks all around there, vary in the way they cluster together and in their attachment to the rocky substrate.”

Mehlhorn applied her trained artist’s eye, noticing the subtle differences in the mussel clusters. Her observations led to the design of an entire research project for the class.

“It’s important to do experiments in the lab, but it is also very important to take the time to go outside and observe the specimens that you’re working with in nature, and perhaps sketch those specimens in nature to inform your research in the lab,” she said. “Because I think you can notice so many little nuances that way. I think you can train your eye to pick up on those nuances without being an artist — but art definitely helps.”

She said she prefers to get out her sketch pad when she’s alone in the field: “I can really just be quiet and wait for the animals to, you know, grow comfortable with me, then get some sketching done.”

Mehlhorn says she will sketch some specimens, such as those mussels, directly from life. (“They don’t move that fast,” she smiles.) She might use a camera for other subjects, taking a variety of shots that she will use in sketches. Much of her work is finished up in Photoshop.

“Photoshop is great, because it allows you to make such fine adjustments,” she said.

A typical sequence for her is to draw out, say, a butterfly wing in her sketchbook, then take a photo of her drawing. She opens the photo in Photoshop.

“And then in Photoshop, I can sketch over my drawing,” she explained. “I can erase different parts, and really just make sure what I’m submitting is the most perfect representation of what I’ve seen in nature. So it kind of allows you to clean up drawings and allows you to replicate drawings really quickly. It’s great for that, but it I think my sketchbook drawings definitely have a lot more character.”

Mehlhorn has a sequence of plans for life after William & Mary. After graduation, she will take a summer position as a naturalist on Long Island Sound near Greenwich, Connecticut.

“I’m going to be leading lessons on the shore, and just walking visitors and locals through all the different habitats along the Greenwich State Park area,” she said, “and then coordinating different activities for younger audiences. So I’m very excited about that.”

After the summer naturalist gig, she will begin applying to graduate school programs. She hopes to do some research in the months leading up to grad school, perhaps with the Smithsonian Tropical Research Institute.

“I got an externship with the Smithsonian; that took place at the end of January,” she said. She attended meetings and shadowed the chief of operations.

“That is where I really saw how I might be able to combine my scientific and artistic interests in a museum career,” Mehlhorn said. “That’s my ultimate goal, working in a museum like the Smithsonian, because so many people working there share my interests.” 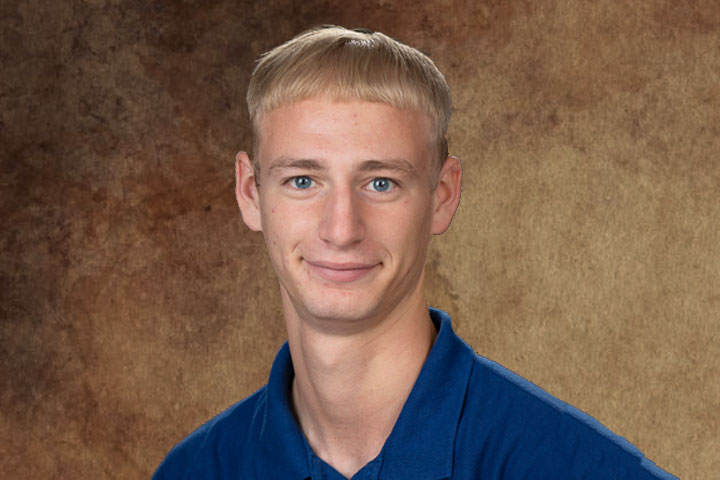 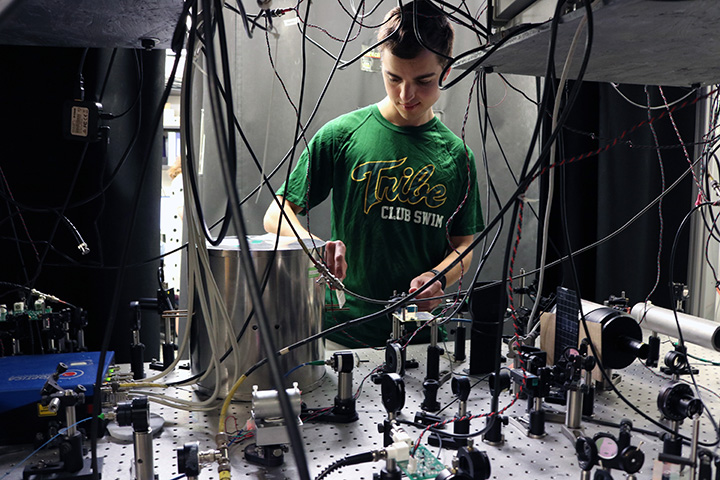 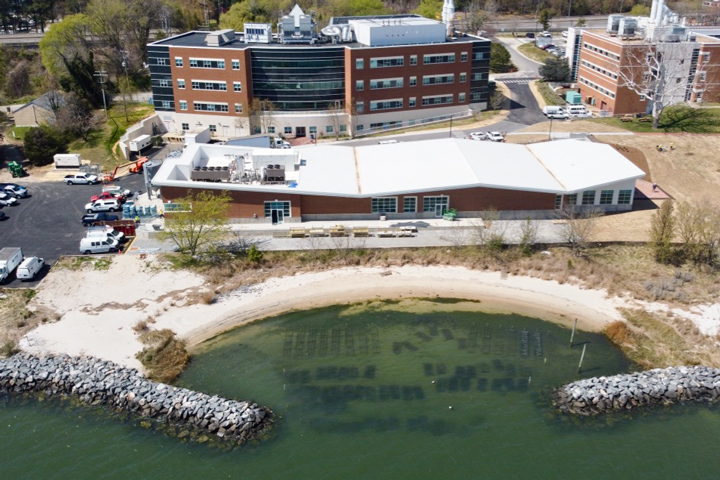 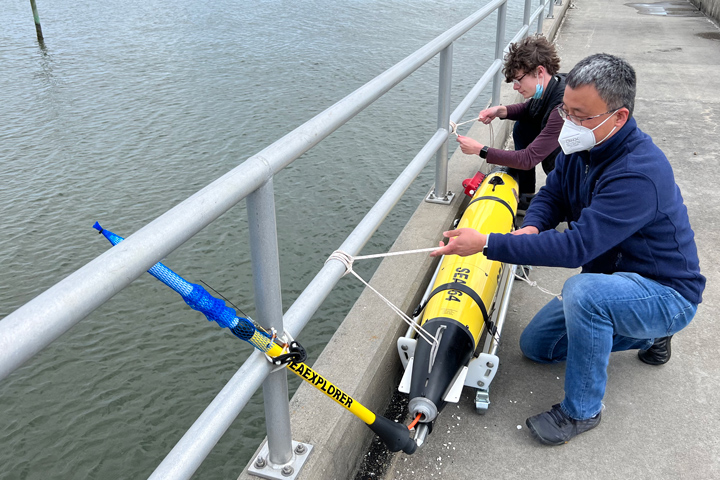