Elizabeth Morán is putting her own twist on the art history specialty she took over teaching at William & Mary.

Morán is the Jane Williams Mahoney Associate Professor of Art History and, like her now-retired predecessor Susan Webster, teaches and researches Latin American art history. However, Morán has also brought African diaspora art history by way of the Caribbean into the curriculum.

“This is an exciting development for us,” said Associate Professor and Department of Art and Art History Chair Mike Jabbur.

Morán, associate chair of the department this academic year, has a background in both teaching in higher education and working in several New York City museums including the Metropolitan Museum of Art and the Museum for African Art (now the Africa Center). Her first book, “Sacred Consumption: Food and Ritual in Aztec Art,” was published in 2016, and she is currently working on a second book focusing on Caribbean art history.

“As an art historian, I was trained in pre-Colombian art history,” Morán said. “That’s Indigenous cultures before contact (with Europeans). But I also studied with another non-Western art historian who specialized in Oceanic and African art.

“And as a grad student, I was always very interested in African art.”

While interning at the Museum for African Art, she realized how much art history translated from certain cultures in Africa to the Caribbean.

“Since my parents are from Puerto Rico, that was part of why I was always interested in the Caribbean,” Morán said. “I worked mostly in Mesoamerican art as I went for tenure and worked on my career. But very early on, I always included a class in Caribbean art history, mostly because it wasn’t offered. And I felt there was a real need for this type of representation.”

Creating the curriculum, Morán noted that the time period she specializes in is a time of conflict, where so-called old and new worlds meet.

“I’m really interested in that moment in time where there is cultural conflict, yet artworks are still being made,” Morán said. “We don’t think about that. We don’t think of art being made during times of crises or war, but people continue to create during these periods.

“I’m very interested in how cultural expression continues but is also altered during times of flux. My first book project was about ritual expression in Nahua art and culture, but it also tackled how some of that changed and/or continued after European contact.”

While her book focused on agricultural rituals in Mexico, her interests in ritual expression, sacred spaces and food are also things she explores in teaching, noting that “for these cultures, they’re really part of their every day.”

Currently, Morán is working on a book chapter that’s focused on how sacred space is marked in Caribbean art. For example, she’s looking at three-dimensional forms such as sculptural markers of sacred spaces. She is also exploring paintings by such artists as Andrè Pierre from Haiti and works by Cuban Abakuá members that include symbols and other motifs pointing to sacred spaces and are themselves used in marking sacred spaces.

“These works illustrate the visual and spiritual influences of Africans that were brought into the Caribbean,” Morán said. “While they are expressed differently in Cuba and Haiti, they embody the sacred, visual and acquired ritual and spiritual knowledge. In order to draw these motifs, you must know the form, but also what it means and what aspect of the sacred it is marking.”

Morán expands her teaching and research to not only include Indigenous voices, but also Indigenous ways of seeing and interpreting, she said.

She has created new art history courses for the department such as Global Renaissance and a Caribbean art history course that ranges from pre-European contact to contemporary art. Historical material about colonial history, slavery, colonial Americans and the roles of women, as well as readings from primary sources, are often included in her class, and she notes that these can be startling and heavy for students.

“What always gets me is students are so willing to talk about these things,” Morán said. “It seems like they’re hungry to really discuss these tough topics in an art historical context. That’s one thing that I always appreciate from students.”

Her teaching and research are in tandem. Morán’s current book project emphasizes rituals, sacred movement and sacred spaces in the Caribbean, as well as how these elements are continuously changing and being manipulated by the needs of each island community and their artists.

An example she brings into the classroom is how Carnival in Trinidad and Tobago now has elements of East Indian culture and how customs thought of as festival arts such as songs also are used as modes of protest about current issues. Studying the Carnival music, movements and materials used to make costumes gives insight into how those expressions intersect, she said.

This semester, she also will be teaching Art of the Americas Before and After Contact, which introduces students to some of the Indigenous cultures in the Americas and their visual material, and also examines the cultural and visual continuity and changes after the arrival of Europeans. It is this convoluted part of history that she finds dynamic.

“The reality of this period of contact between America and Europe presents viewers with multifaceted and visually engaging materials that also illustrate the complexities of the period,” Morán said.

For example, students will explore the art of feather-working, an Indigenous technique, and how it was used for post-contact artworks such as altarpieces.

“However, it was not only the technique that survived after contact, but the embedded meanings of the feathers, which were associated with preciousness, iridescence and translucence,” she added. 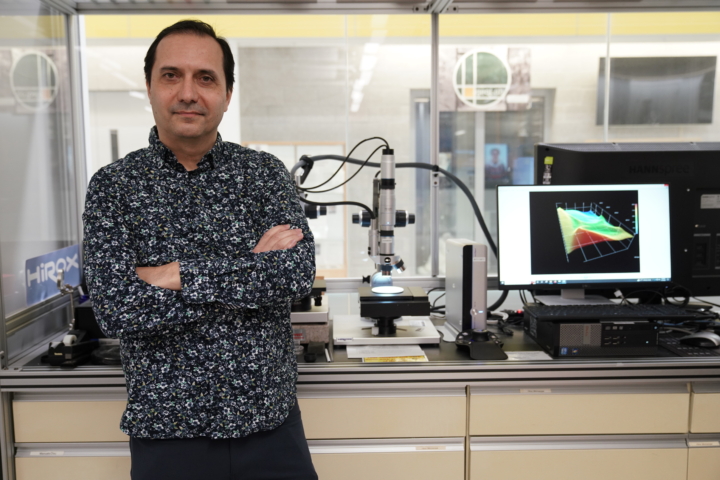 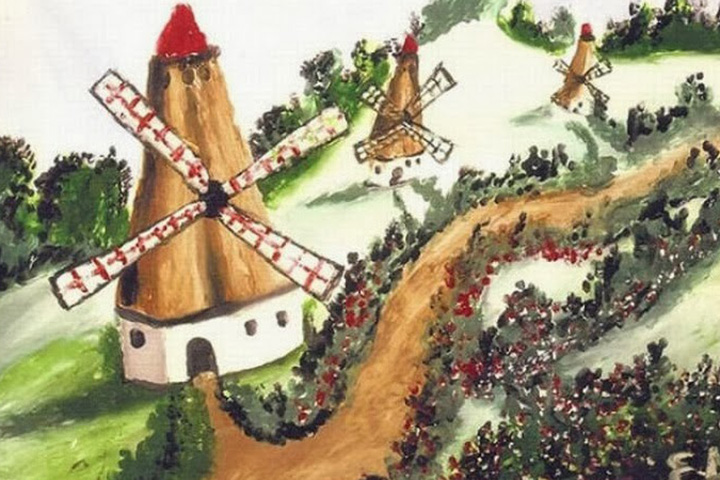