The Roy R. Charles Center at William & Mary has announced its first slate of awards under the Faculty-Mentored Research Incubator program.

He stressed that the Incubator is an addition to — not a replacement of — the Charles Center’s existing student-initiated process, in which students write a proposal and then find a faculty member willing to mentor them. Those student-written proposals vary widely in their relationship to faculty research interests, Cristol noted.

“The logic behind doing things in a new way with the Incubator is that now, the faculty researcher will write that proposal and then find the students. In many cases the students will already be working with the faculty member,” he said. “The idea is to incentivize mentors who want to work with more students.”

Cristol stressed that the traditional student-initiated process will remain intact: students can still submit an individual proposal for research funding to the Charles Center.

“That hasn’t changed at all,” he explained. “We hope this new incubator mechanism will just create more opportunities, and that these new opportunities will make the lives of both students and professors better.”

The program is designed to support research activity during summer sessions. Each project will be funded for two years, and will receive a total of $20,000, Cristol noted.

“And the majority of that will go to student stipends,” Cristol explained. “So, a professor can have three summer students receiving stipends of $3,000 each. Plus there is $1,000 for supplies and expenses. That’s $10,000 a year for each of two years.”

Jody Lynn Allen, Robert Francis Engs Director of the Lemon Project
An interdisciplinary research lab comprising faculty from both the Lemon Project and the National Institute of American History and Democracy (NIAHD) will mentor students in the creation of a website that will commemorate “the lives, labor and triumphs of African Americans at the university,” the proposal notes. The students, who will include participants in NIAHD’s Pre-College Program as well as W&M undergrads, will translate various primary source materials into a walking tour that illustrates African American experiences and contributions to William & Mary.

Chuck Bailey, Professor of Geology
The William & Mary Structural Geology & Tectonic research group will return to central Virginia where the group has conducted fieldwork in past summers — but this year things will be a little different. The group will center their research on the area around William & Mary’s Highland, the home of fifth U.S. President (and William & Mary alumnus) James Monroe. Partnering with W&M’s Highland, the Rockfish Valley Foundation and the Nelson County Historical Society, the group will organize their findings into audience-friendly videos and apps.

Leslie Cochrane, Senior Lecturer of English Linguistics
The faculty-student collaboration known as Discourse Analysis at William & Mary (DA@W&M) will ramp up its conversational discourse study. Discourse analysis is an area of sociolinguistics concerned with the relationship of spoken/written language to a broader social context. DA@W&M will conduct Zoom interviews with a set of participants, some of whom may be disabled individuals. The recorded interviews will be transcribed and entered into the DA@W&M database for analysis.

Caroline Hanley, Associate Professor, Department of Sociology
The project will examine the role of court proceedings in the eviction crisis that unfolded in the wake of the COVID-19 crisis despite measures restricting evictions. Trained student researchers will observe court proceedings and follow and document eviction cases in Alexandria, Newport News and Richmond. They will analyze the data gleaned from their observations, building a database to document variation in courtroom procedure and case outcome.

Mackenzie Israel-Trummel, Assistant Professor, Department of  Government
The POP Lab will begin with a summer focus on research design. Student researchers will develop a research question, delve into the relevant literature and formulate a testable hypothesis. The students will take their surveys into the field during the fall semester and conduct exit polls on Election Day. The second summer will be devoted to analyzing the data the students have gathered and writing an original research paper. The experience will be capped with a research conference.

Jeff Kaplow, Assistant Professor, Department of Government; Ryan Musto, Director of Forums and Research Initiatives, Global Research Institute
NukeLab, an undergraduate research initiative within William & Mary’s Global Research Institute, fosters research that examines the challenges that new technologies continue to pose for questions and issues of national and international security. The incubator project would assemble student researchers from the sciences, social sciences and humanities to address the impact of burgeoning technologies that range from cyber espionage to cybersecurity and from artificial intelligence to blockchain assaults and autonomous weapons systems.

Madelyn H. Labella, Assistant Professor, Department of Psychological Sciences
Student researchers will work with the Williamsburg Early Head Start program to establish a community-engaged translational work program. Participants will conduct studies among families with young children that qualify for EHS services to assess stress experienced by both parents and children. The project will include data collection on stress and self-regulation among both children and parents and identify opportunities for intervention.

Dan Maliniak, Associate Professor, Department of Government
Like Ukraine, the Republic of Georgia is a neighbor of Russia and was an entity of the Soviet Union. Georgia had its own war with Russia in 2008, and many Georgian soldiers fought alongside U.S. troops in Afghanistan and Iraq. The project will examine and the attitudes and experiences of Georgian veterans of the combat in Afghanistan and Iraq. William & Mary student-veterans will be especially encouraged to participate in literature reviews and interviews of veterans, some of which may be conducted on location in the Republic of Georgia.

Saskia Mordijck, Assistant Professor of Physics
Commonwealth Fusion Systems (CFS) is a Massachusetts start-up that focuses on bringing fusion energy to reality. This incubator project will create internship opportunities for William & Mary undergrads and introduce them to scientific research opportunities outside of academia. The students will work with CFS scientists to develop models of plasma interaction inside a tokamak, a device that uses magnetic fields to contain plasma produced by fusion reactions. CFS is building SPARC, a new-generation tokamak that could demonstrate the viability of an energy-producing fusion reactor.

Deenesh Sohoni, Professor of Sociology /Director, Asian Pacific Islander Program & Esther Kim, Assistant Professor, School of Education
The K-12 Asian American Student Education (KAASE) is an ongoing collaboration collecting and collating the history of Asian Americans at William & Mary and across the commonwealth and nation. The incubator project has three goals: to train undergrad researchers in primary research methodologies to document the Asian American experience at W&M and throughout Virginia; to develop relevant course material for use by K-12 educators; and to obtain funding to train K-12 educators on the use of the materials. 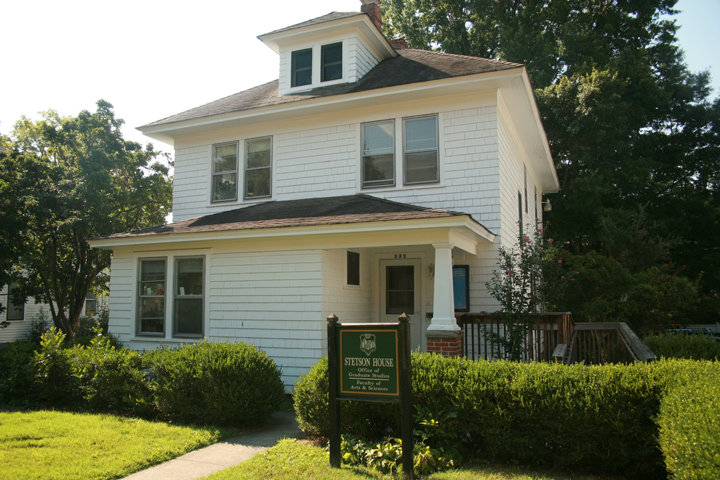 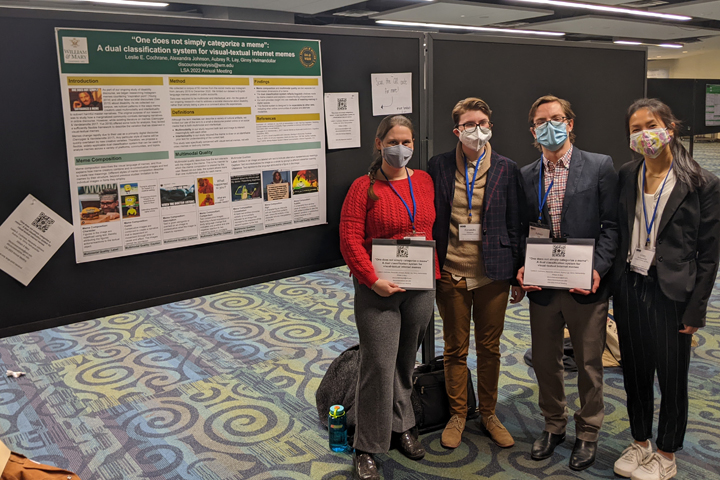 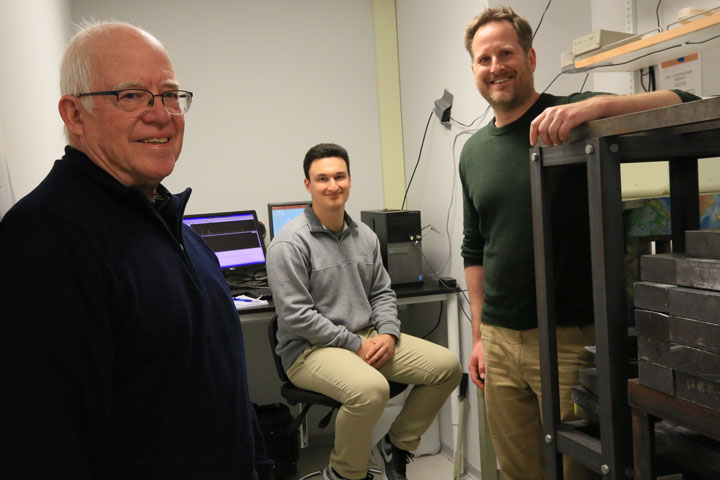 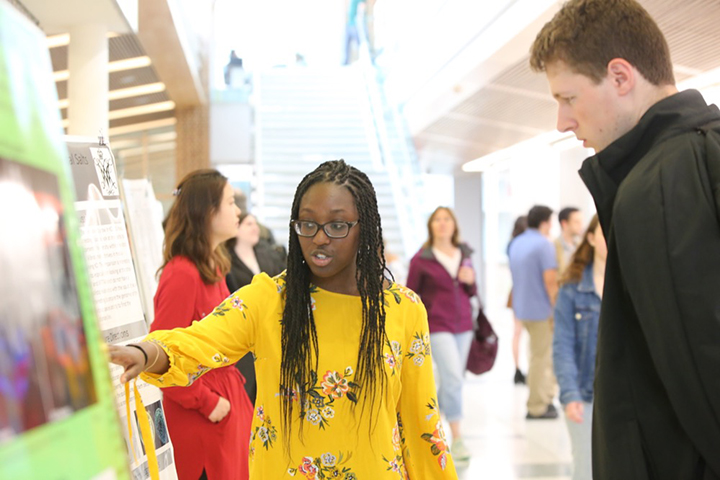