The development of clean and sustainable energy is one of the most pressing issues facing humanity today, says William McNamara, Wilson & Martha Claiborne Stephens Associate Professor of Chemistry at William & Mary. The sun provides the most abundant renewable energy on Earth, but we have yet to fully harness its potential, he explained, which is where his research comes in.

McNamara was inspired by photosynthesis, the way nature uses sunlight as an energy source, so he set his sights on developing a way to harness and store solar energy as a chemical fuel compatible with our current energy infrastructure. His “bio-inspired” approach starts with sunlight and ends with hydrogen gas and potable water.

“In the most basic terms, I do in the lab what plants do in the wild: make a chemical fuel from sunlight – and that’s something people can understand,” he said. “We have found a way to store the sun’s energy in chemical bonds, then we can take that fuel and use it when we need it, as if it were gasoline.”

McNamara will share his expertise in renewable energy and demonstrate how solar fuels are being generated at W&M in the spring 2022 Tack Faculty Lecture, “Pumping Iron for Renewable Fuels,” on April 27 at 7 p.m. at the Sadler Center’s Commonwealth Auditorium. The event is free and open to the public with a reception to follow, and attendees are asked to RSVP.

McNamara and his students are working on creating clean, efficient and cost-effective ways to harvest the sun’s energy by mimicking the way plants use sunlight to generate and store power. Much like in nature, the system converts sunlight into fuel through a series of chemical processes. The team uses fluorescein to harvest sunlight, which powers an enzyme-inspired catalytic reaction that generates hydrogen gas from water.

“In a weird way, this is a really good time for this talk, because everyone is seeing the political consequences relying on oil as a primary fuel source,” he said. “Obviously, this problem is not new, but we consistently forget how fragile our supply chain for oil is – and the true cost it carries for humanity and the planet.”

McNamara is optimistic that energy generated by mimicking photosynthesis will soon have the potential to power everything from our electric grid to rockets. The biggest obstacle before its widespread adoption is cost. The chemistry requires metallic catalysts. Some of today’s best and most efficient artificial-photosynthesis catalysts are made from expensive metals such as platinum and rhodium.

As a more economical alternative, McNamara devised a system for hydrogen generation using iron catalysts, an element abundant on Earth. McNamara and his team of students once again turned to nature’s own solution for the photocatalytic system. They were inspired by an iron-based enzyme that naturally breaks apart water into hydrogen and oxygen.

“There’s something called a hydrogenase enzyme, which is in green algae,” McNamara explained. “Creepily, they naturally do the reaction that I want to do in the lab. They figured it out. The enzyme makes hydrogen gas from water, so really I’m just modeling the process, making different catalysts to mimic what this algae is already doing.”

McNamara regularly involves both undergraduate and graduate students in his research. In 2018, he received a five-year CAREER award from the National Science Foundation to continue his work on solar fuels. In 2019, he was named a Henry Dreyfus Teacher-Scholar by the Camille and Henry Dreyfus Foundation, becoming the ninth active member of the Department of Chemistry to be so recognized for excellence in involving undergraduates in research.

He plans to base some elements of his Tack Lecture on tried-and-true crowd pleasers from his chemistry intro courses.

“From a showmanship standpoint, there is going to be a lot of exciting chemistry,” McNamara said. “I wouldn’t call them pyrotechnics, that would give myself too much credit, but it will be a spectacle.”

McNamara hopes that by sparking interest in his research, he can inspire interest in all forms of renewable energy – not just solar fuels.

“To meet energy demands, we’re going to need a diverse energy portfolio – and that means we’re going to need all hands on deck here,” he said. “We don’t just need me doing this, we need researchers in a whole host of fields and we all need to be working on this right now. That ultimately is going to be what solves this problem.”

The Tack Faculty Lecture Series is made possible through a generous commitment by Martha ’78 and Carl Tack ’78. Initially launched in 2012, the Tacks’ commitment has created an endowment for the series of speakers from the W&M faculty. 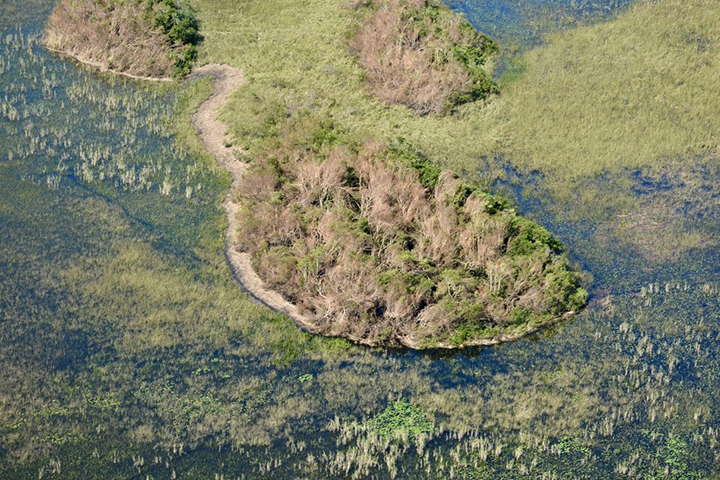