Steve Hanson (Ph.D., University of California, Berkeley, 1991; BA, Harvard, 1985) is William & Mary’s Vice Provost for Academic and International Affairs (VPAIA) and Lettie Pate Evans Professor in the Department of Government at William & Mary. Hanson is also a renowned expert in Russian and Soviet history and politics, so we reached out to him not only to explain some of the causes of the current tension in Ukraine, but also to explore some of Russian President Vladimir Putin’s motives and objectives. – Ed.

Q: Why should people care about a Russian incursion in Ukraine?

A: It’s hard to imagine a geopolitical issue of greater importance right now than the serious risk of a renewed Russian military assault on Ukraine.

In the worst case scenario, if President Vladimir Putin decides to order an all-out invasion of the Ukrainian state, we would be facing the largest land war on European territory since World War II.  But even in cases of less dramatic forms of Russian intervention, the response of the United States and its European allies will surely shape the future of Eastern and Central Europe, of Transatlantic relations, and of the NATO alliance.

Q: Can you put this in historical perspective? Is there an analogous moment in history?

A: Although there are certainly echoes here of major 20th century crises in Europe before World War I and World War II, I would be cautious about the use of any one historical analogy from the past in interpreting the contemporary crisis in relations between Russia and the West.

For one thing, we are living in a world that is far more interconnected than in the past.  This is really the first major geopolitical crisis in which the threat of massive cyberattacks on critical infrastructure, affecting every country involved in the dispute including Ukraine, the United States, and Russia, is such a major danger.

I would prefer to think of this crisis as what political scientists call a “critical juncture” in world affairs —a time when old institutions have been called into question, when political and social uncertainty is extremely high, and when the actions of key players can have an unusually powerful effect on the course of events.

Q: What lessons can be learned from the past?

A: Even if our current predicament is without direct historical precedent, it’s well worth studying the entire history of U.S., Russian, and European international relations in depth to understand some of the deeper forces at work in this conflict.

In fact, history is taken a lot more seriously by our adversaries than by most Americans, and this can lead to missed opportunities in our foreign policy. Note that President Putin authored a major essay last July entitled “On the Historical Unity of Russians and Ukrainians,” which basically sets out Putin’s entire rationale for demanding a complete revision of the post-Soviet geopolitical status quo ante.

The essay is filled with elisions and omissions of key facts, as well as some outright errors — but it’s also quite clear that this is very much the version of history Putin himself believes to be true. And to understand the origins of the Russian narrative that denies that Ukraine is a “real” nation-state, one has to study the complex history of Soviet nationalities policy and its legacies in the post-Soviet era.

In short, to counter the Kremlin’s threats against Ukrainian sovereignty effectively, Western policy makers need to understand Putin’s views of history — and how to push back against these views in a way that is historically literate and thus convincing to our European allies.

Q: Ukraine is the doorstep of Europe, what does this mean for the West?

A: Ukraine is not at the doorstep of Europe; it is completely within Europe. In fact, Russia itself is also a European country.  Now that NATO has expanded to include many states that were once part of the Soviet bloc, the U.S. is pledged to defend several countries in close geographic proximity to Ukraine against any foreign aggression — whether most Americans realize this or not.

Our failure to defend, say, the Baltic States, Romania, Bulgaria, or Montenegro against potential threats from the Russian Federation would in effect render NATO a dead letter — and that, in turn, would raise the geopolitical uncertainty in Europe to a dangerously high level.

Putin is, of course, well aware of this, which is why he may be tempted to gamble that a Russian military incursion in Ukraine will lead to major disputes among key Western countries and ultimately split the NATO alliance. If that happens, we will likely see intense pressure placed on states throughout Eastern and Central Europe to “choose sides” between a resurgent Russia and an evidently fractured “West”— assuming that the latter term would still mean very much in such a scenario.

Q: What levers can we pull from the U.S.? What tools do we have in our diplomatic toolbox and how do they differ/align with strategies from the past?

A: Clearly, the most important tool in our current diplomatic and military toolbox (and it’s impossible to analyze the prospects for U.S. diplomacy without including the military dimension) is NATO itself. At present, NATO is still the most powerful military alliance in the world by far, and it has actually been remarkably unified in the face of escalating Russian demands.

Indeed, heretofore neutral countries like Sweden and Finland are now seriously considering efforts to join NATO due to the Russian threat — precisely the opposite of Putin’s intent. The problem is that NATO’s importance to US security has been downplayed in American foreign policy debates over the past two decades, with both parties wanting to “pivot” to focus on China and Asia rather than Europe, and the Trump Administration attacking NATO itself quite forcefully. And similar statements disparaging NATO have been made by European leaders such as President Emmanuel Macron of France, who called the alliance “brain dead” and who now wants the EU to develop its own foreign policy strategy vis-a-vis Russia.

Germany, too, has a rather different take on the best approach to countering Russian demands, in part because of that country’s national interest in maintaining stable deliveries of natural gas from the Russian Federation. In short, to hold together in this pivotal moment, Western leaders are going to have to do a much better job of explaining to their own publics why Transatlantic solidarity is still the linchpin of peace and security for much of Europe and North America — and arguably, for countries around the world, whose fates are inextricably intertwined with ours.

Q: What role has disinformation, in this case Russian disinformation, played in the lead up to current events and how has it affected the electorate in Ukraine? Any warning signs there for the U.S.?

A: Strangely enough, this particular crisis has not been sparked so much by Russian disinformation as by its opposite: Putin is now openly declaring his quite sincere intentions to reestablish Russian control over a significant part of the former Soviet Union. Of course, Russia’s next steps might still involve various forms of subterfuge designed to mislead observers about the true nature of Russian intervention, to undermine Ukrainian domestic political unity, and to amplify voices within the U.S. and Europe that support the Kremlin’s position.

Q: What possible outcomes do you envision from this conflict? How may the unique history of the region influence or inform those outcomes?

A: Our hope must be that by engaging all actors in this crisis in patient multilateral diplomacy, some face-saving way of letting Putin back down from his most audacious demands can still be found.  Knowledgeable analysts both in Russia and the U.S. are looking at specific mutual commitments that might be made about the nature of Western force deployments in Eastern Ukraine or NATO military exercises in the region, for example, that would not negate Ukraine’s sovereign right to join NATO in the (probably distant) future, but might reassure Russia that there truly are no Western plans to attack Russian territory either.

Russia, of course, would have to make parallel commitments. Unfortunately, Putin is now on record as demanding a wholesale revision of the post-Cold War order, including not only Western acquiescence to a Russian veto over Ukraine’s foreign policy choices, but also the withdrawal of NATO military deployments throughout much of Eastern and Central Europe — and these demands are simply nonstarters. It thus becomes hard to see how a face-saving diplomatic outcome can be negotiated, until and unless Putin and his advisors abandon their more grandiose claims.

In short, there are good reasons to be very worried about the future potential for armed conflict in Ukraine, with dangerous potential spillover effects for global security writ large 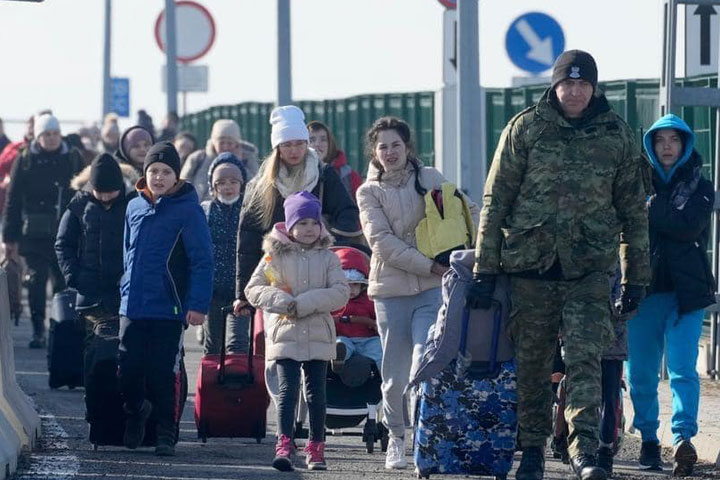 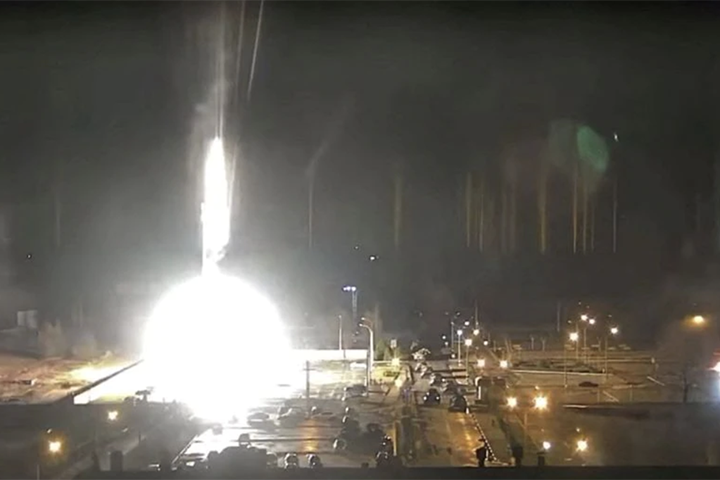 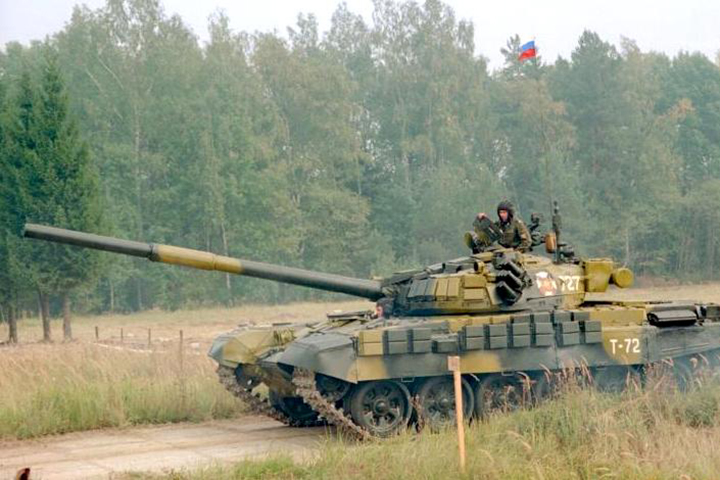 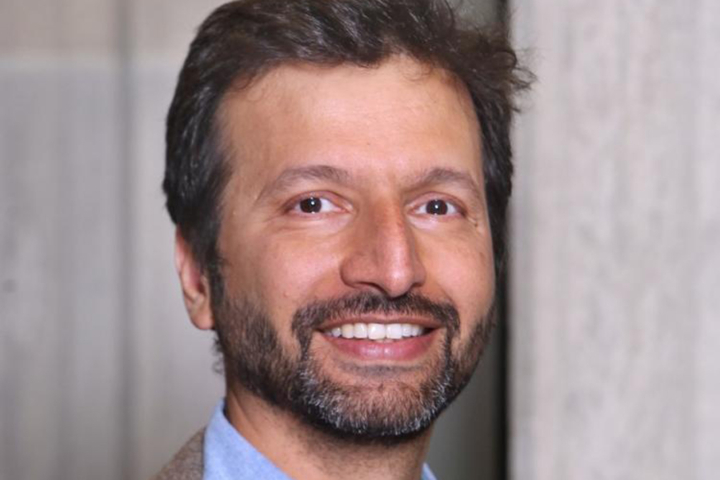