Doug Young has a special session for his advanced biochemistry class each year as Thanksgiving approaches. Young is an associate professor in William & Mary’s Department of Chemistry. His research focus is on amino acids, including a certain member of that group that gets an undeserved bad rap at this time of year.

Q: What is it about Thanksgiving that prompts you to have this special class session?

A: I guess the thing about Thanksgiving is that any time you cook food, there is just so much chemistry. So I like to always think about how much chemistry is happening, especially at this holiday.

Q: This time of year, you hear a lot about tryptophan. What is it?

Q: Why are so many post-prandial Thanksgiving naps blamed on tryptophan?

A: The big myth about tryptophan is that turkey it has high tryptophan content. And the story goes that you get very tired and sleepy because biochemically tryptophan is kind of a precursor in a pathway that makes serotonin, and ultimately, melatonin. Sometimes people take melatonin at night to help them sleep.

Q: What is the real story on tryptophan?

A: You are making serotonin and melatonin from tryptophan. But that’s not really the reason that you get tired after a large meal, because for one thing, you aren’t overly activating that pathway. Turkey, when it comes to tryptophan content, is pretty much in the middle scale of things. There are vegetables that have more tryptophan than turkey does.

A: Soybeans have about double the amount of turkey. Parmesan cheese. Even pork has more tryptophan than turkey does. There are a lot of foods higher in tryptophan content than turkey — foods we eat more often than we do turkey.

Q: So, why are we so ready for a nap after Thanksgiving dinner?

A: What’s actually happening is not that you’re eating a lot of tryptophan; it’s more that you’re eating a lot of food, and specifically carbohydrates. We have mechanisms in our bloodstream that help us detect how many carbohydrates or glucose is in our bloodstream so the cells can respond appropriately. And so once you eat a big starchy meal, with potatoes and lots of the other good foods that come with Thanksgiving, then oftentimes you spike that blood glucose level. Then your body responds … but then, it over-responds. Consequently, you dip down from that glucose spike, and that’s when you feel the fatigue and enter into the “food coma” that we oftentimes find ourselves in after a healthy Thanksgiving meal.

Q: So how did tryptophan get this bad rap?

A: I think that it is just one of those urban myths that developed because people misunderstood the science. And tryptophan does lead to the production of serotonin and melatonin, which may lead to kind of this kind of drowsiness, so people misappropriated it and they didn’t really think about the true biochemical mechanisms behind the whole thing.

Q: What other Thanksgiving food chemistry do you discuss in the class?

A: There’s just a lot of cool things that you can think about. For instance, there’s light meat versus dark meat of turkey, right? People often have very strong preferences. But the real difference there has to do with biological function with implications from chemistry. So if you think about domestic turkeys, they’re really big birds, and they don’t really fly, right? So most of their muscle tissue is based in those thighs and those legs to keep them up and standing. Since they don’t fly, they don’t really use that breast muscle very much. Thus the physiological function of the legs inherits most of the muscle-based work, which means there’s much more red muscle there. It has more myoglobin to store oxygen, so it can deliver oxygen to those tissues. And it has more mitochondria, the powerhouse of the cell, that provide all the energy for the muscles to move and function. The breast is composed of much more white muscle tissue, which is for fast-muscle movement in a bird if they have to fly away really quickly. But our table turkeys are not flying birds, so they need less mitochondria in the breast than the legs, because there is less energy produced there. That has chemical implications because now the leg and thigh meat is darker because it is more enriched in both myoglobin and hemoglobin and in mitochondria, which produces the energy for the cell. It also becomes more rich and full of nutrients and fats because we store energy in that tissue too.

So that’s why darker meat is oftentimes more thought of as fattier meat because it has those fats that can be used for energy. So it’s kind of cool, physiologically, how different turkey functions lead to different kinds of meat that we eat and how some people have preferences for one versus the other.

Q: Do you have a preference?

Q: How about other traditional foods of Thanksgiving? Mashed potatoes?

A: Umm, how about gravy?

A: There’s always different arguments about gravy, with people liking either thick or thin gravy. And really the density, or how thick or viscous your gravy is, is dependent on two biomolecules — amylose and amylopectin. They are carbohydrates, basically, and one of them, amylose, is just very linear, whereas amylopectin is branched. So amylopectin is oftentimes 80 percent of the starch, so it also packs differently. And that allows your gravy to be thicker or thinner, depending on your content of amylose versus amylopectin. So just basically the way you build the sugars off of each other has an impact on the properties of the gravy when we go ahead and eat that.

Q: We usually have cole slaw.

A: Oh, I’m not familiar with that tradition. Do you have cranberries?

A: Cranberries are oftentimes associated with Thanksgiving. And it’s really interesting to see the chemical components of that, because a lot of times, cranberries contain compounds that are a lipid that’s combined with a sugar which serve as pigments and have biological functions. Because there’s so many electrons in these compounds, the way it absorbs light makes them appear red. So that’s why you have these cranberry components like that are called anthocyanins or flavonols. Those contribute to taste, but they also contribute other functions. That’s kind of why they’re sometimes used as detoxifiers. Like when you have like a UTI, you’re told to drink cranberry juice, because a lot of these molecules help to quench free electrons and serve as antioxidants to assist in that process.

Q: So does your class have its own Thanksgiving dinner?

A: Yeah, we usually try to have a Thanksgiving feast. What we most often have is Oreos, because that’s what people bring in. 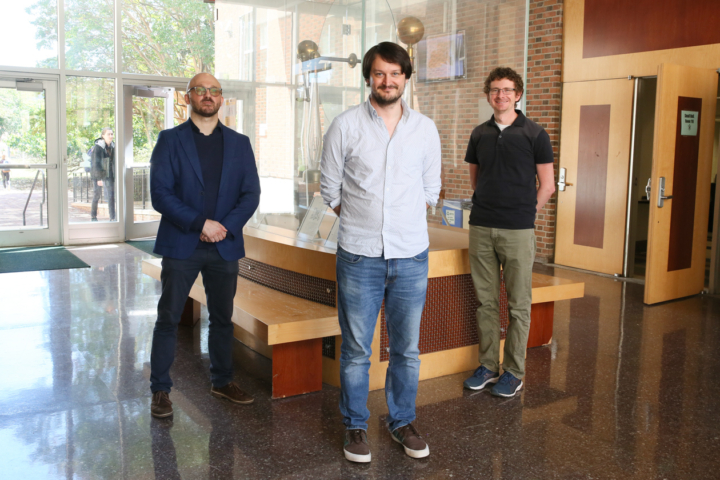 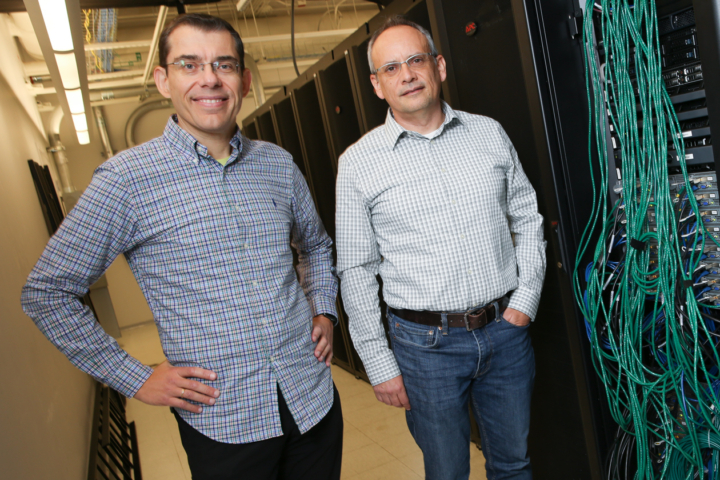 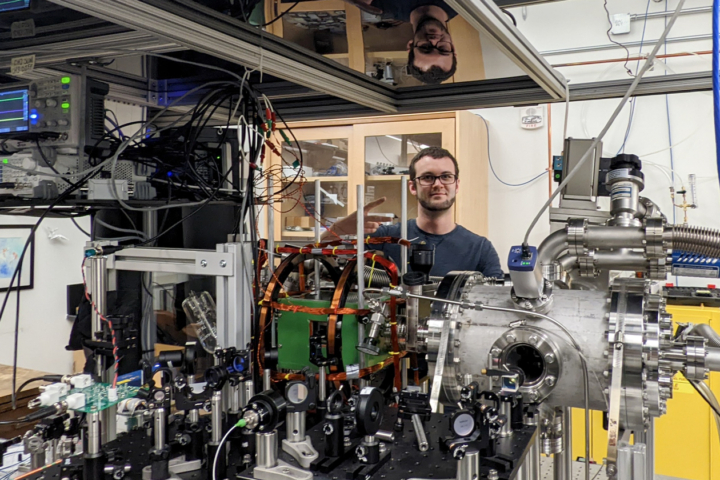